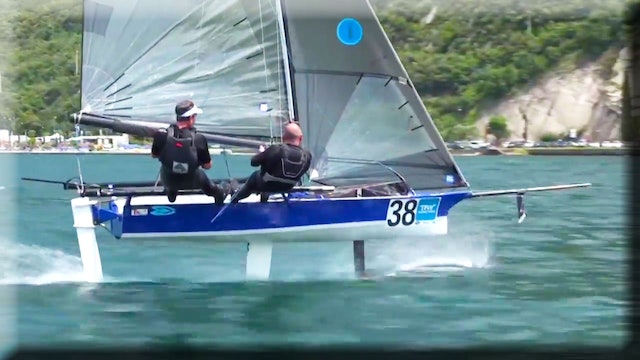 The Cherub is a 12 feet long, high performance, two-man planing dinghy first designed in 1951 in New Zealand by John Spencer. The class is a development (or “box rule”) class, allowing for significant variation in design between different boats within the rule framework. The minimum hull weight was originally 110 lbs.

The Cherub is Bermuda-rigged with trapeze(s), and has a crew of two. The Cherub has been through a number of changes. In the 1950s the designs had considerable keel rocker. The most popular design from this era was Spencer’s Mk7 built in plywood but by 1971 most successful designs had much less rocker and flatter sections aft to promote planning. Considerable care was needed to achieve the 110lbs hull weight. In 1970 the small jib was enlarged to an overlapping genoa about 8 square feet bigger. By the late 1960s new boats were being built with aluminium masts which were lighter and stiffer. Up to 1980 boats were generally built from 3 and 4 mm plywood but after this some were made from foam sandwich construction pioneered by Russell Bowler in New Zealand. Some Cherubs did dual service in New Zealand sailing in the Q class (unrestricted 12ft). The Cherub hull was used with a short bowsprit,a taller mast and much larger sail area with both the crew and skipper using trapezes.

Current Cherubs use an asymmetric spinnaker system but earlier boats used relatively large double luff spinnakers and used a notably long (9 foot) spinnaker pole. Cherubs have a high power-to-weight ratio and are very quick downwind in stronger breezes but can be slow upwind in lighter airs compared to longer boats. The Cherub has a RYA Portsmouth number of 930.

Many Cherub sailors are in their late teens or early twenties but the flexibility of the class and the Cherub’s great sailing qualities mean that they are also attractive to many older sailors. Many women sail Cherubs, both as skippers and as crews. Husband/wife, boyfriend/girlfriend, brother/sister and parent/child combinations of crew are common.In the 1960s and 1970s the Cherub was a popular sailing dinghy in New Zealand when they were mainly amateur built. Cherubs are nowadays mainly sailed in Australia and the UK, with some boats in other countries, notably France and small numbers in New Zealand. 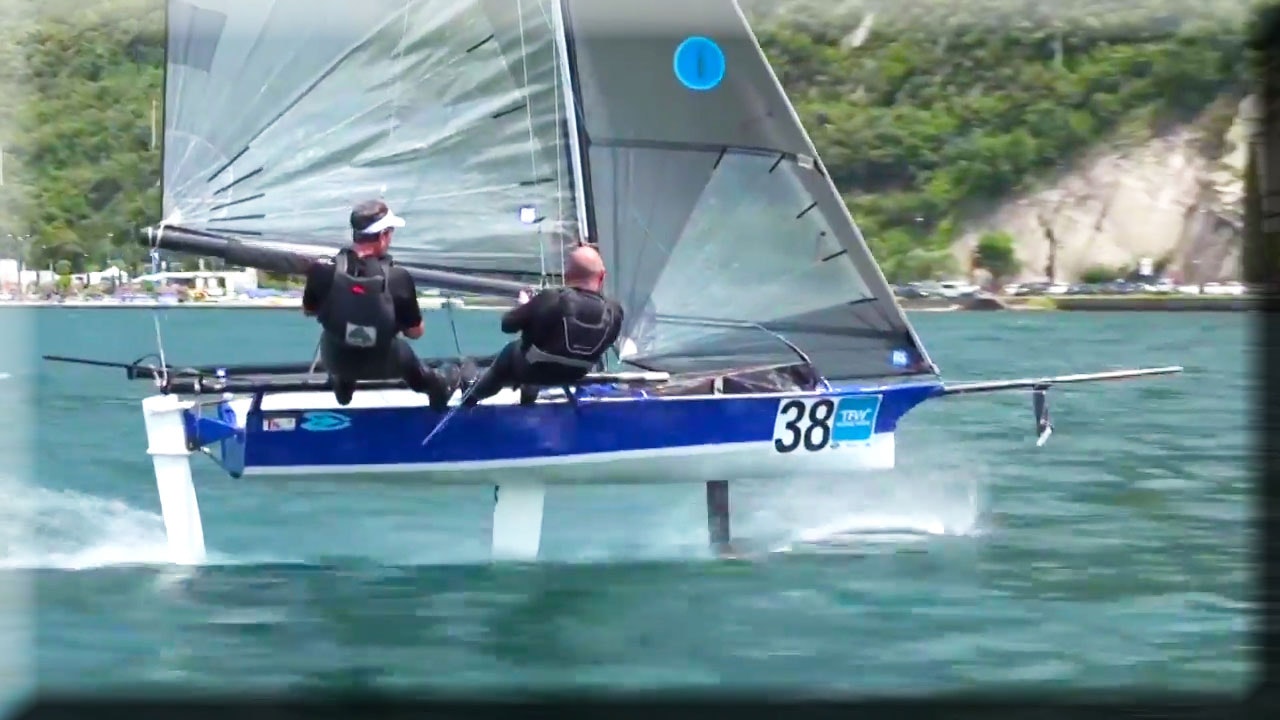