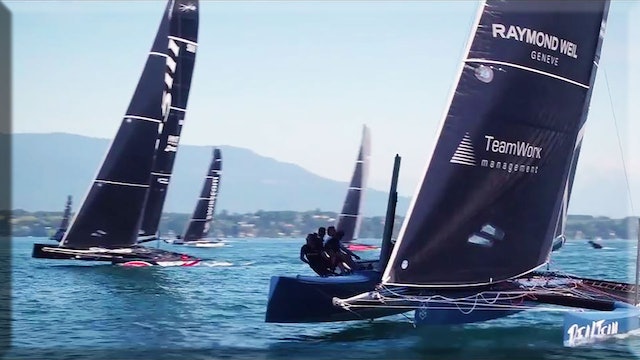 When the first D35s were launched in 2004, an annual circuit was created. The Julius Baer Challenge combined the classic Lake Geneva regattas – including the Bol d’Or – with several Grand Prix events exclusive to the D35 class.

Then called the Vulcain Trophy until 2014, the championship is from 2015 known as the D35 Trophy. As well as the Bol d’Or – the classic end-to-end race on Lake Geneva – it includes the famous Genève-Rolle-Genève, and six Grands Prix. With points awarded for each event, competition for first place on the championship podium is often fierce.

The design of the D35 is an evolution of Sebastien Schmidt’s previous work, the 40ft Alinghi catamaran Le Black, with a central pod used to tie the structure together and withstand the stresses from the platform and rig. The structure is light, which – when coupled with a wing mast that can be rotated up to 45 degrees and a maximum of 230m² sailplan – means that the boat can hit top speeds of some 27 knots. 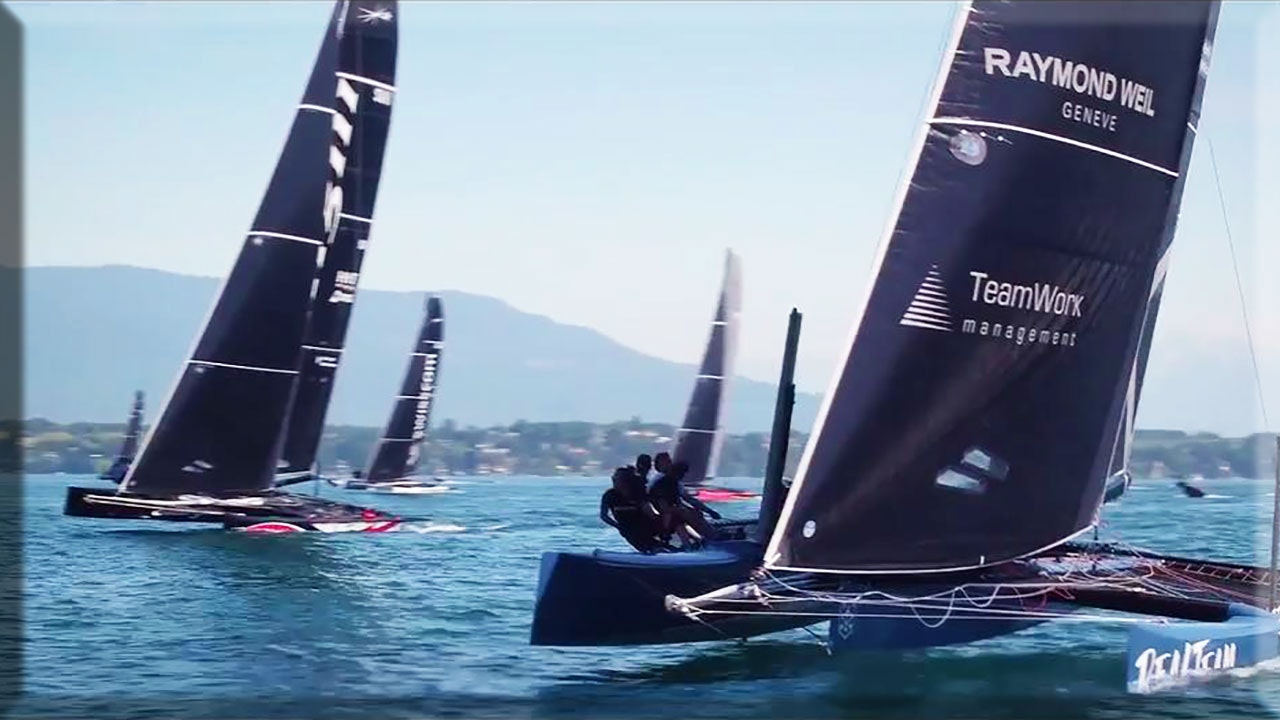