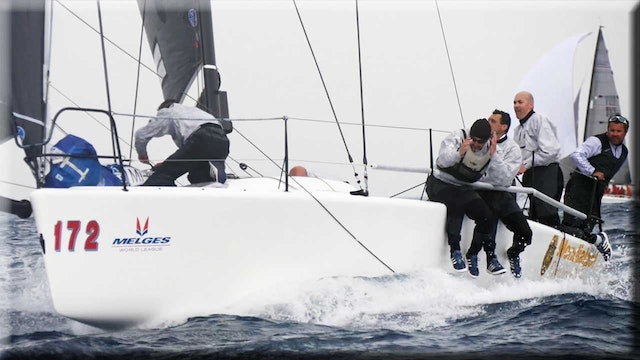 The Melges 32 is a one-design class of sailboat commonly used for racing. The sportsboat is notable for its ability to plane over the water downwind in modest winds, and for its combination of a simple design that is highly tuneable.

The Melges 32 is produced by Melges Performance Sailboats, a United States company founded by Harry Melges. It was designed by the Reichel/Pugh design team and went into production in 2005. The boat is 9.7 m (31 ft 10 in) long and 3 m wide at the beam. It carries around 93 m2 of sail area, main, jib and asymmetrical spinnaker combined. Upwind, it has a mainsail and 105% jib. Downwind, it has a large 103–121 m2 Asymmetrical spinnaker that flies from a retractable bowsprit.

The boat's hull is made from lightweight fibreglass. The mast, rudder, bowsprit, and keel fin are made from carbon fiber for light weight. The hull is generally flat on the bottom, making it plane easily. The 778 kg keel fin and keel bulb can retract up to the hull bottom to make it easier to put on a trailer.

The boat is generally raced with a crew of five or more. Because the boat sails faster with a heavier crew, class rules for racing limit crew weight to 629 kg total.

On 21 November 2008 World Sailing recognised the Melges 32 as an international class, having fleets in Europe, North America and Australia. 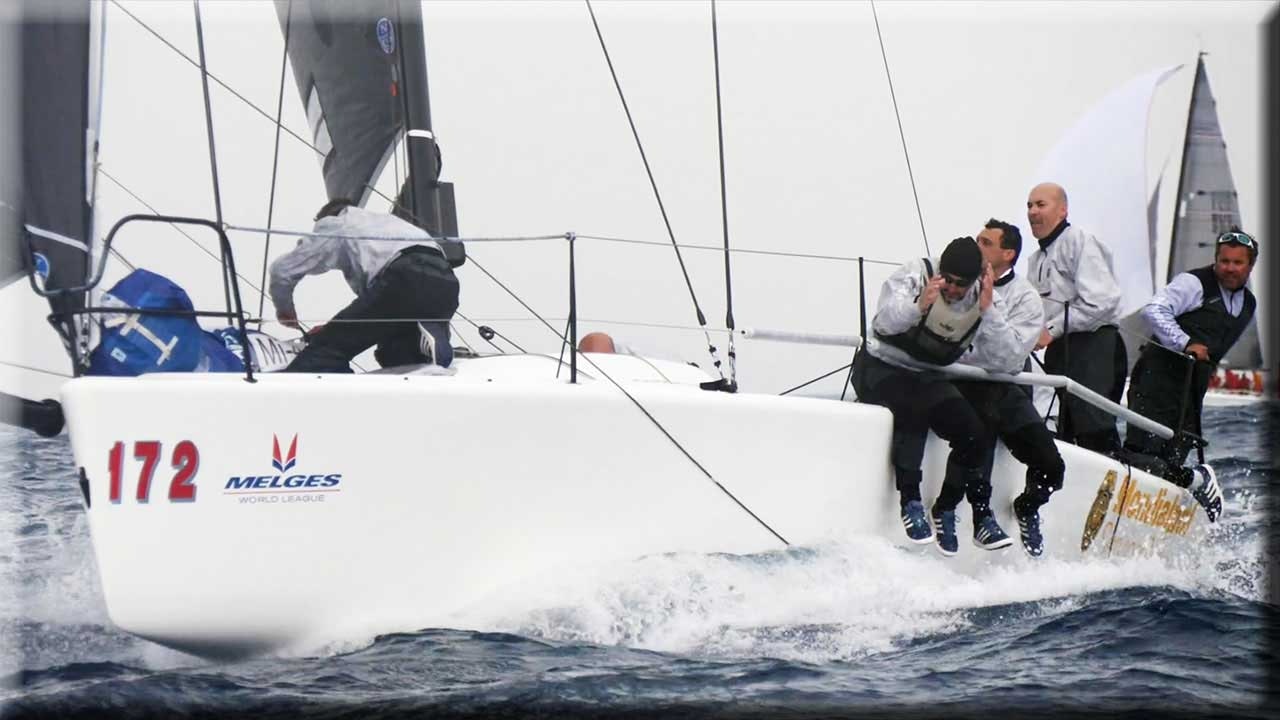